Good Contents Are Everywhere, But Here, We Deliver The Best of The Best.Please Hold on!
Data is Loading... 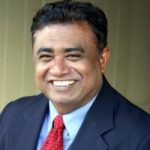 To learn about Sam Senev's professional experience, please visit him on LinkedIn.

Born Saman Seneviratne, Sam immigrated to America at age 15. He experienced immediately the cruelty of business when twice from the same customer he received a check with his name purposefully misspelled so that the customer could delay payment. A sympathetic branch manager at Home Savings Bank suggested he shorten his name and take on an American name: Sam Senev, half of his first name and half of his last name.

Baptized as a young adult at 23, Sam took Saint Francis Assisi as his middle name. He was granted residency in the USA as an individual with extraordinary abilities and on the basis of National Security at age 28.

Sam currently works on the Immigration Reform Committee advising the US Government. He worked on the International Economic Development Advisory Committee for President Santos of Columbia, was an Foreign Investment Advisor to the Belize government, and participated as an Economic Development Advisor for the EB5 Immigration Program offering residency and citizenship to foreign investors during the Obama Administration.